40 km away from Hoi An sits “My Son”, also known as the little Angkor Wat. This is Vietnam’s 5th world heritage and is one of the most famous spots in central area. These temples are constructed by the kings of Champa during 4th to 13th century AD. The emperor of Champa was once ruling central Vietnam for a long time. After the kingdom moved to other places during the 15th century, My Son was then forgotten by the people. However, after US carpet bombing during Vietnam war, now only around 20 temples are better preserved.

The path is really far, fortunately they provide shuttle bus. 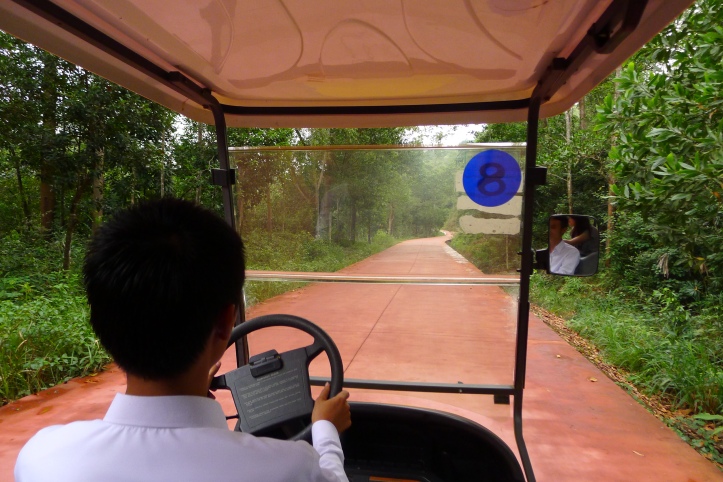 This is mainly the area we can visit. From group A to F. 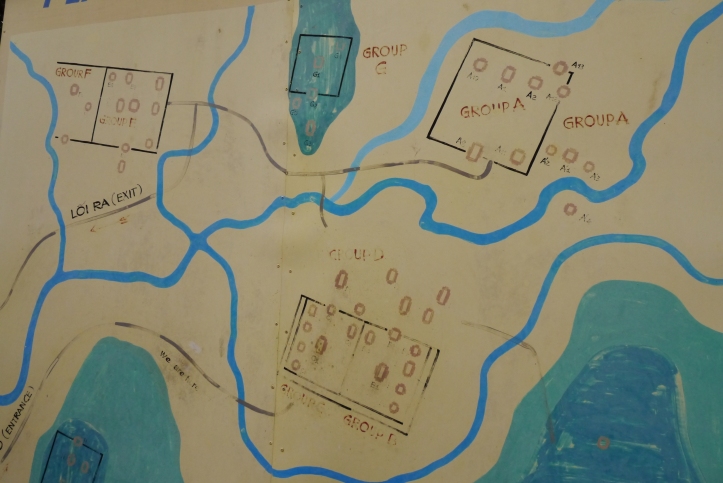 There was a traditional dance performance in the spot when we arrived. 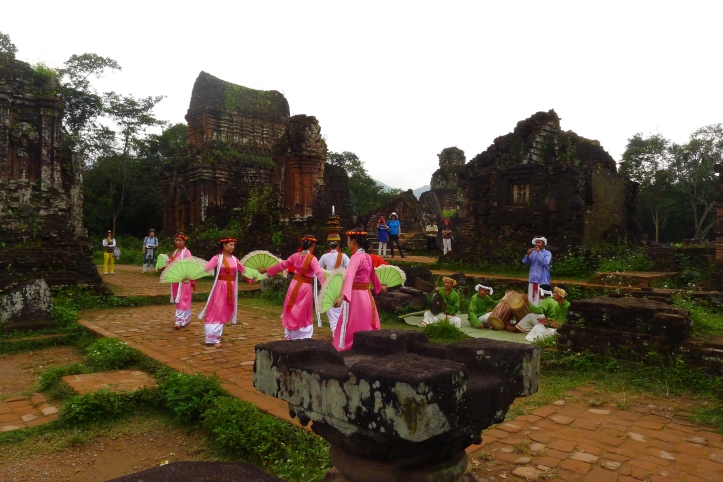 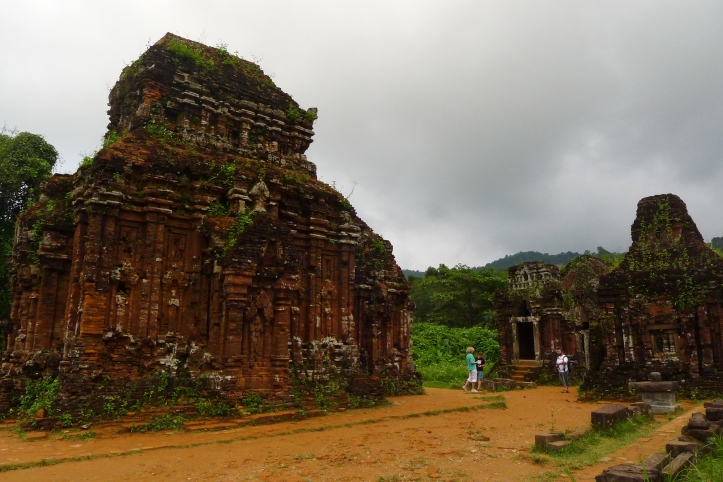 This is the evidence of the US bomb… 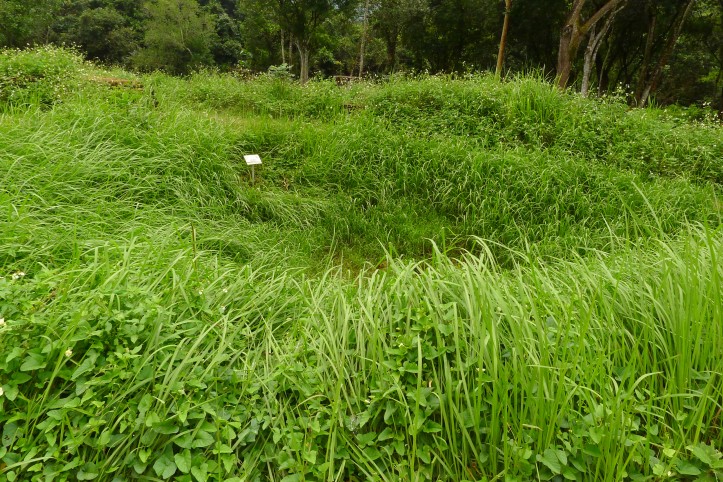 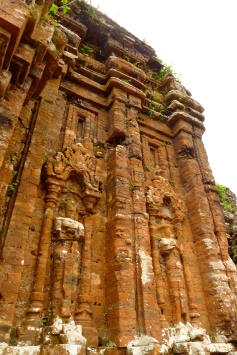 The main religion in Champa is Brahmanism and they worship Shiva. You will see two kinds of statue a lot in My Son, this is Linga which represents Shiva’s genital organ. People worship Linga here so each temple has one at least. The square part under the linga represents the female side. We actually hired a local guide, Mr. Turtle to explain the culture and history of My Son for us. He is really energetic and talked very loudly especially when he explained the Linga. Whenever he saw a linga, he would shout at my husband and said:” LOOK! This is you!!!” and everybody would be looking at us and laughing… well.. luckily there weren’t too many people that day.. 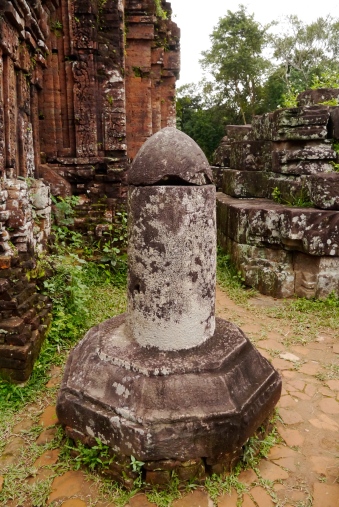 Most heads of the statue were cutoff. There are three major deities in Hindu, and we saw 3 of them in My Son. You can recognize them by the animal they are with. 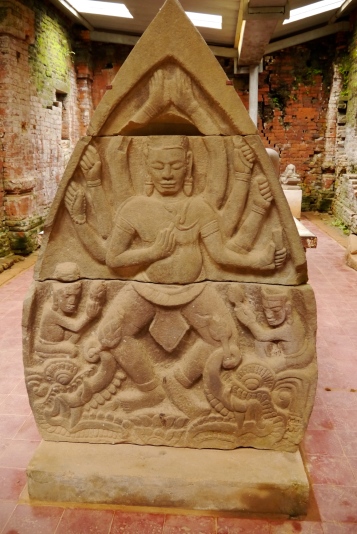 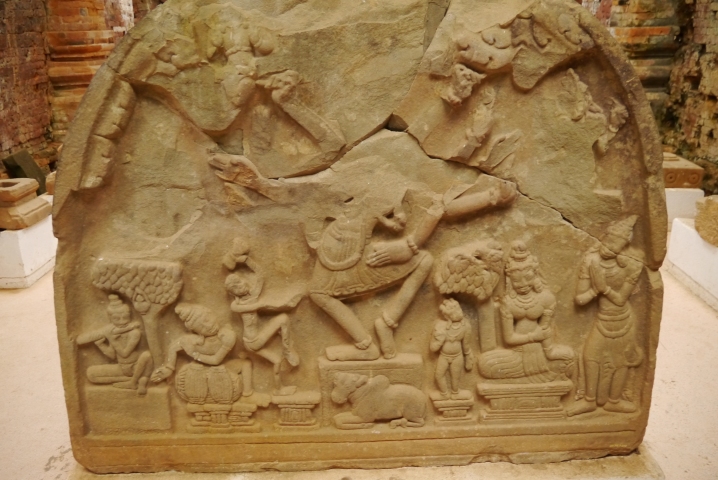 The most mysterious part of the culture that people always wonder is the technique of the brick building. Until now, we still don’t know how Champa built those stable bricks because we didn’t see any imprint of any kind of glue. Locals have been rebuilding the bricks (as below left picture) but it was not flat and also grows moss. Comparing to the right picture which were built by Champa, it is still nice and steady now. 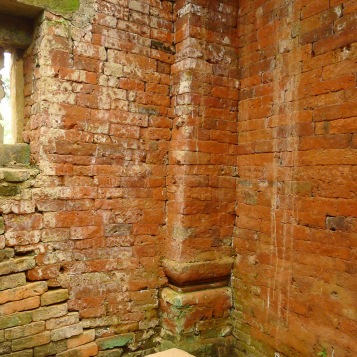